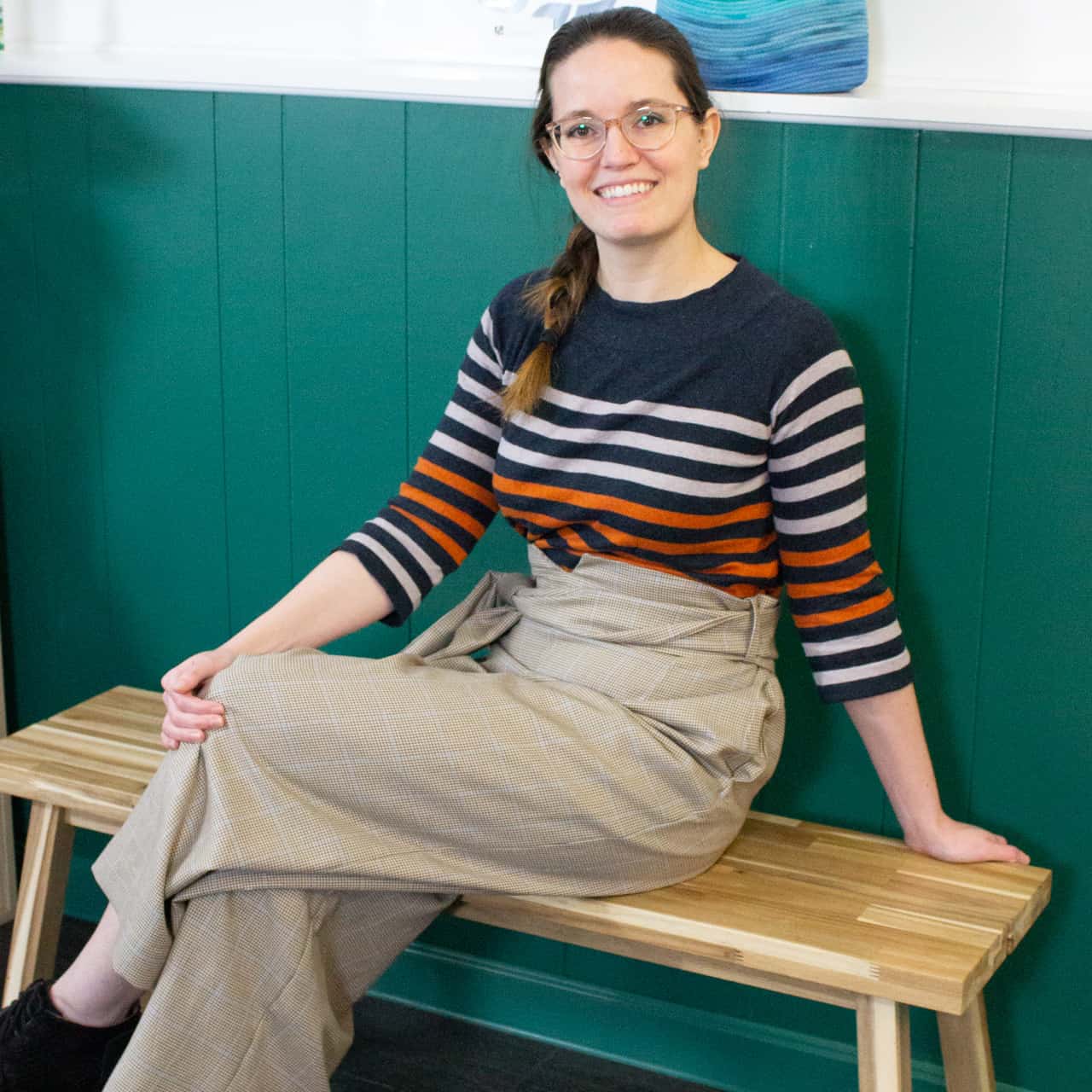 Over the course of a month (or two) I started sewing my first pair of pants – and they actually fit! I have a Youtube video that highlights the entire process, but on the blog I am discussing in more detail what went wrong, what went right, and what I thought of the pattern!

To start off, I knew I wanted to make a pair of culottes, they are flowy, comfortable, and can be dressed up or down. I had seen a few people make the Popeline & Linon pair and loved the waistband detail and the belt, so I decided to go with that pattern. I also knew I would likely need to make some alterations to the torso/crotch area, add an elastic back, and add a lining (which I didn’t end up doing due to some fabric issues that I’ll discuss later).

I am not sure how people breathe in high waisted clothing made of woven material… I just don’t find it very comfortable, especially because I love eating, breathing, and slouching. 🙂

I’m going to break this post into a few parts: (1) crotch measurements, (2) making the muslin/toile, (3) sewing the actual pair of pants with a fine wool/silk fabric, and (4) a pattern review. I’ll put the resources I used at the end of their respective parts.

Part 1: How do I even take my crotch measurements?

I spent quite a while learning how to go about measuring myself so I could even think about altering the culotte pattern. I still have a ways to go in perfecting my altering skills, but here’s how I went about measuring and doing a first pass of crotch alterations.

Once I made all these alterations, I focused on altering the pattern to account for the elastic in the back. This was a much simpler process! I used directions from Seamwork and a similar hack used on a Helen’s Closet culotte pattern by Sewing Therapy.

Part 2: Do I really have to make a muslin?

Yes! This is the first time I’ve tried sewing a pair of pants, so I didn’t want to waste my expensive fabric when I inevitably needed to make changes. Honestly, I had a hard time finding information on how to make a muslin and then using it as a pattern, so some of my resources are behind paywalls.

It was pretty exciting to see how it would fit… and oh boy did it need work.

With my newly modified pattern pieces, I cut out my muslin fabric per the culotte directions. This was fairly straightforward and I moved on to tracing and sewing my seam lines. I had read a few articles from Threads Magazine about couture sewing and they mentioned to baste your seamlines. I didn’t really understand why I needed to do this, until drastic changes were being made to the muslin. Basically, if your original seamlines are marked with additional thread, they will be there once the muslin is completely torn apart and being used to make a new pattern with. This will also make it easier to adjust the pattern because you can say, “ok I’m going to make this adjustment 3″ from the seamline.”

I basted the pattern pieces together using a different colored thread (red) from my seamline thread (blue). I followed the steps from the pattern until I got to the waistband, then I followed the Seamwork and Sewing Therapy steps.

No one mentioned how long to cut the elastic for the waistband, but I ended up measuring my waist, and taking off 2″ from half the measurement (since the elastic is only going around the back half of the pants). I also decided that I would make the elastic back a paper bag style, which I achieved by sewing a line 1.5″ from the base of the waistband. This step needed to be done after stitching in the ditch to secure the entire waistband besides the gaps to insert the elastic.

After the waistband was attached with the elastic, I tried on my muslin! It was pretty exciting to see how it would fit… and oh boy did it need work. Culottes are supposed to be large, but I couldn’t handle just how large these were. The waistband was a perfect fit and my crotch hook adjustments worked perfectly (I had no wedgies), but the entire torso area was too large.

The crotch on these pants sat really low, and I’m not sure if it was a design feature, but I was not a fan.

From my reading on alterations, I knew the first step was to alter the length first. The crotch on these pants sat really low, and I’m not sure if it was a design feature, but I was not a fan. I pinned the muslin a few inches around my entire torso so the pants looked like they sat correctly. Next step was dealing with the excess material along the front crotch seam. Culottes are supposed to look like a skirt while standing, but that means when you sit down the abdominal area is super puffy. I ended up pinning along the front crotch seam and it took a lot of trial and error to sew a new crotch seam that worked with the pattern and my body.

During the initial build of the muslin, the pant legs were much wider than the waistband, so I had already folded the fabric over a few inches to make it match. However, the pant legs were still really wide. I ended up taking in a few more inches to make the pants more form fitting in the hip area. I also realized, that I probably didn’t need to add any extra material to the pant legs like I initially did to account for the elastic waistband because there was already extra material in the original pattern.

Next, I took in a little bit of the back center seam near the top of the pants. I couldn’t take in too much since it needed to still fit over my butt though. After all this was done, I realized there was a lot of bunching around the inverted box pleat. There wasn’t enough loose fabric to let the pleats really shine, since I modified the culottes to be form fitting. Instead, I turned them into darts. I sort of just winged it and I think they turned out great.

Lastly, because I removed so much length in the torso area, I needed to add length in the leg to make the pants hit right above the ankle. This step waited until I was transferring the muslin to medical paper.

Ripping apart the muslin was a very satisfying process! Once apart, I ironed the pieces and marked the new seam lines with a more permanent marker after smoothing out the lines with my French curve ruler. The original blue seam lines were still sewn into the muslin, so nothing needed to be done with those in areas I didn’t further modify.

The last step of the muslin creation was transferring the new seam lines to my medical paper to make new pattern pieces. Then I just added the 1 cm seam allowance to the pieces so I knew where to cut the fabric.

Part 3: I think it’s time to actually sew these pants

Because I had spent so much time fiddling with the pattern, sewing the pants with the real fabric was simple. I think it’s another benefit of making a muslin.

I originally intended to line the pants, but the fabric I purchased bled A LOT when washed. I know most people wouldn’t wash silk, but I washed it by hand with pH neutral soap – the same I use when I’m dyeing or spinning silk, so I don’t feel like that should have been an issue. Additionally, I knew I wouldn’t be sending the culottes to the dry cleaners every time I wanted them washed, so hand washing was my best option. I couldn’t risk the silk bleeding onto the light colored plaid, so I scrapped the concept all-together. I had no issues washing the wool/silk by hand!

The pants were made from the most fabulous Italian wool and silk plaid fabric from Sawyer Brook! They are local to me, and I was able to go in (with an appointment because of COVID) and pick the fabric out in person.

I did use a lower TEX thread for this project, the Gutermann Skala 200 thread from Wawak worked amazingly well as my stitches were completely hidden! I also didn’t want to have any holes left in the fabric where the thread went through and I didn’t. Yay!

I am SO happy with my culottes! They are breezy, comfortable, and I can wear them almost anywhere. The pattern itself was only ok and I would only recommend it to an adventurous beginner or intermediate sewist. However, I learned a lot and there’s a few things I’d do differently next time:

Please note, some of my links are affiliate links and are a great way to support the effort I’ve put into creating useful, fun, and informative blog posts. 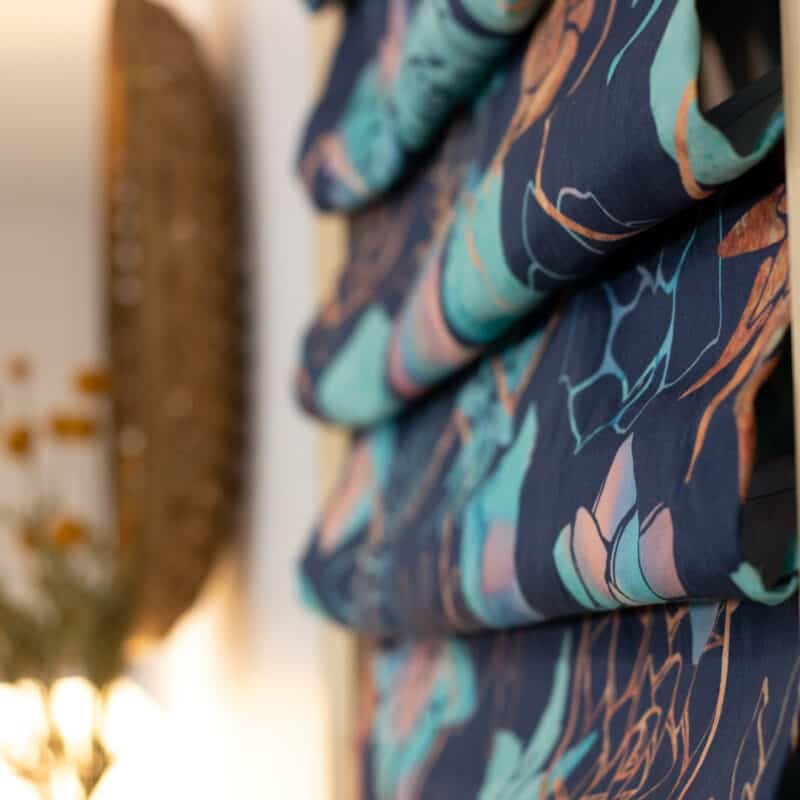 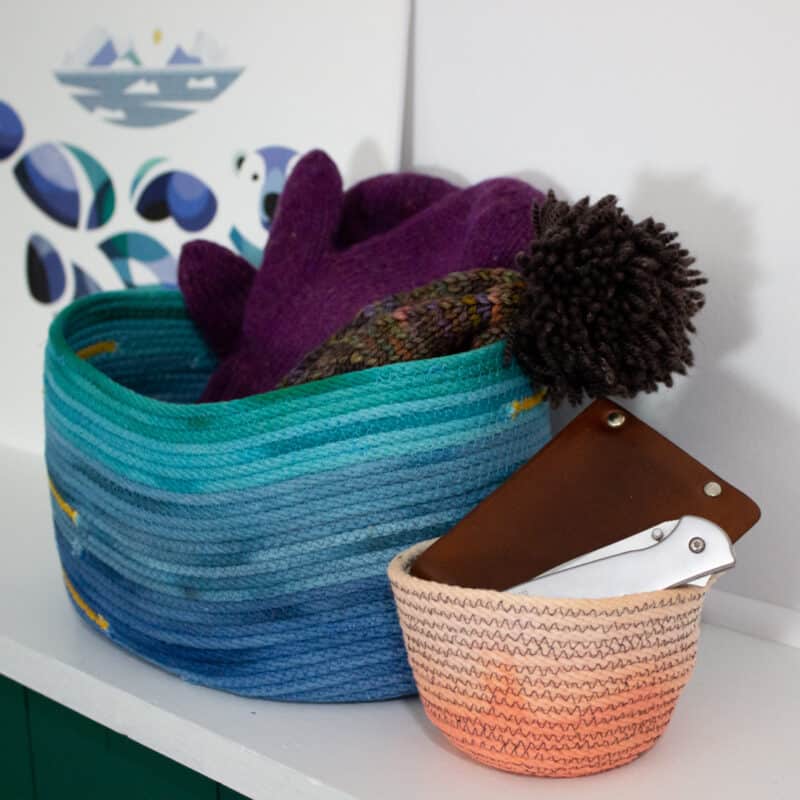 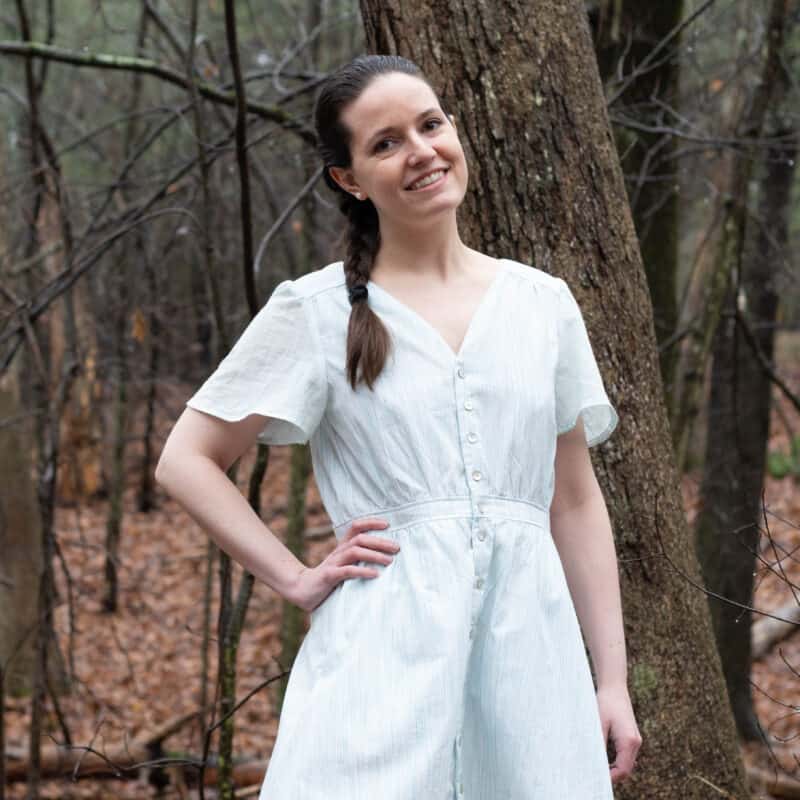